DJ Harv reaches the No1 spot with hit song 'Darshan'

Almost two years in the making, the highly anticipated song has made a huge impact on the radio, the charts and of course the dance floors across the country and abroad.

On the 30th January 2016, DJ Harv received a call from the BBC Asian Network. It was Suzi Mann, Presenter of the Official BBC UK Asian Download chart. Having spent 7 days sitting firmly at Number One on the World iTunes Chart, DJ Harv was interviewed live on the BBC, where it was confirmed 'Darshan' was indeed Number 1, knocking Diljit Dosanjh's 5 Taara off of the top spot!

The melodic Punjabi dance anthem has become a sure fire hit with over 360,00 Youtube hits since its release. To date, it is the biggest UK Bhangra release of 2016 and has spent 6 weeks in the Top 20 of the BBC Chart,

The worldwide hit has received rave reviews all across the globe with fans sending dance performances and singing performances to DJ Harv on all social media platforms.

Harv, a renowned Bhangra DJ has made a huge impact and hopes to follow up with some more hits to keep the

A huge congratulations to DJ Harv from everyone at Kudos Music.

Listen to the moment Harv makes number one www.bbc.co.uk/programmes/p03h22hs 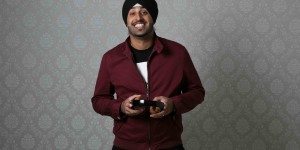 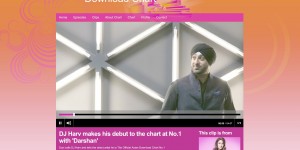 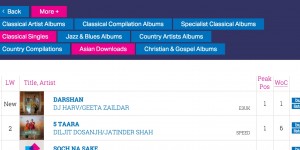 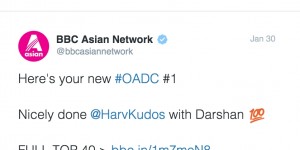 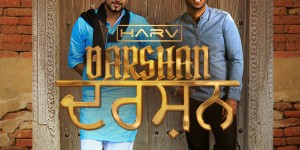